I've now loaded the 3rd NFC race result of 2022 and have generated a revised 'Leader Board' in the NFC ACE PIGEON competition, this year sponsored by CEST PHARMA.

Remember the Ace Pigeon award requires THREE qualifying performances, and whilst all these Top 10 pigeons already have three timings to their name (as do 122 others) there's still plenty of room for this 'leader board' to be reshaped following this week's race from St Philbert and any other old bird races yet to be raced.

In particular there are 16 pigeons with two qualifying performances, which, if they achieve a third performance in line with their first two, will beat John Donovan's pigeon and the remainder of this Top 10. But, equally, a few on the list below may yet put in an exceptional performance allowing them to drop their 'worst' performance... it really is all to play for!

The coefficients below are calculated by reference to Open Position / Total Number of Birds Sent * 100, with the three scores added together.

A couple of standard caveats around the data used to calculate these coefficients:-
1) These first three NFC race results may yet be subject to some change

2) The assumption I always have to make is that all ring numbers entered into the result are 100% correct, but very occasionally a slight data mismatch arises, e.g. GB20N46343 may get entered as GB2ON46343 (can you spot the difference?) ... in which case the combined performances of that pigeon cannot be identified as the computer program works with EXACT MATCHES ONLY ... so if you think you have a pigeon that has flown both races so far, and should appear in the Top 10, please PM me and I will investigate for you. 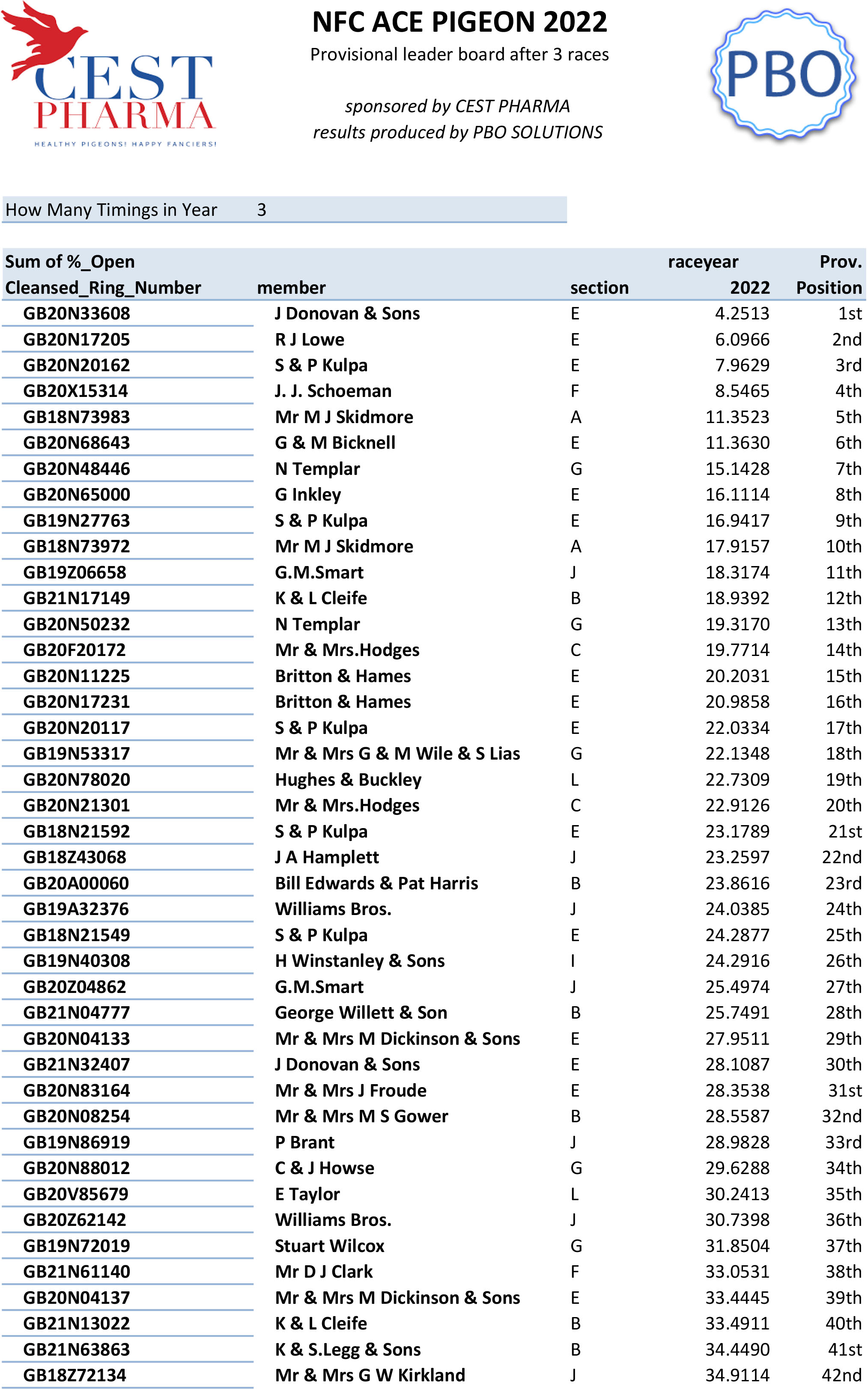 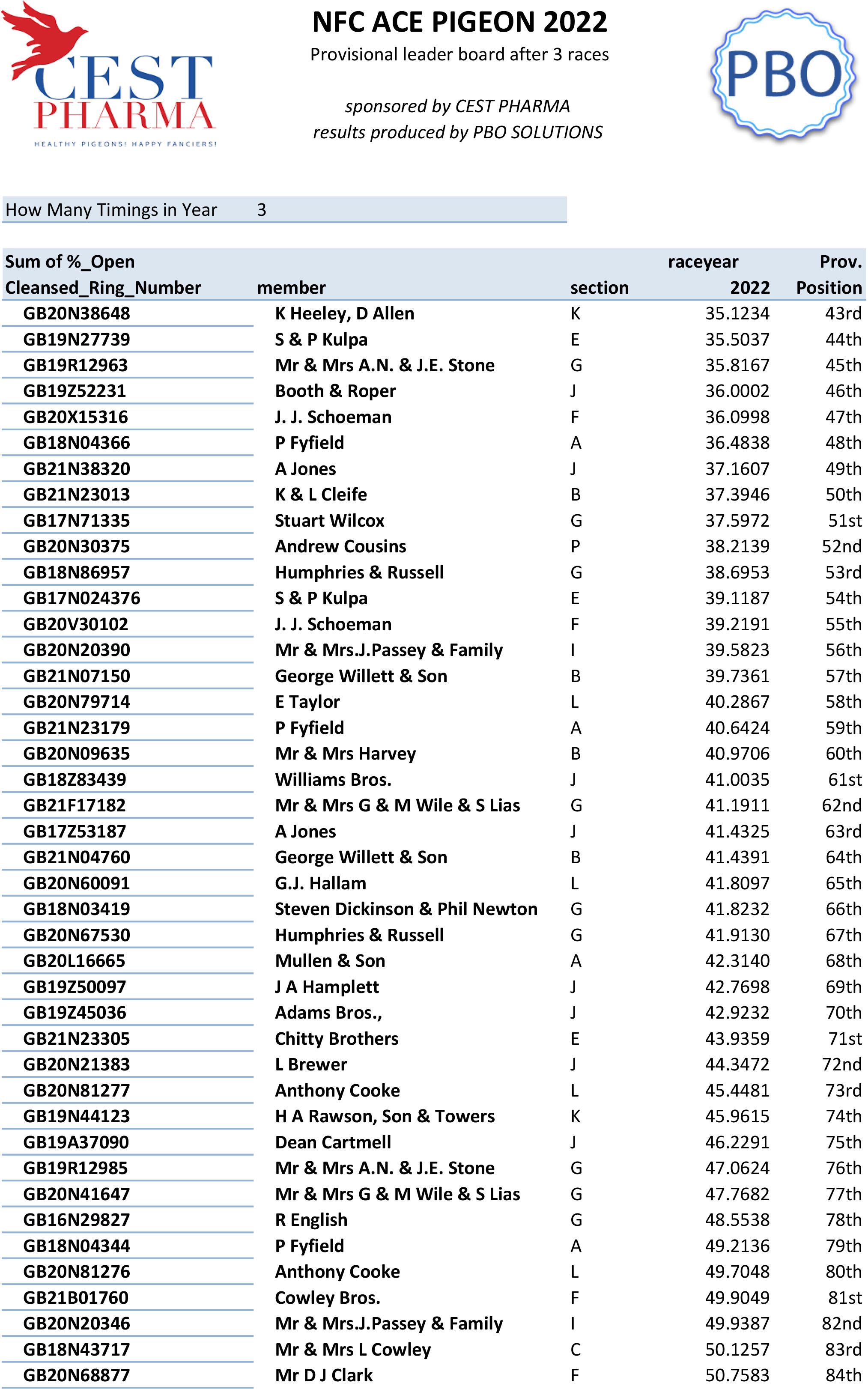 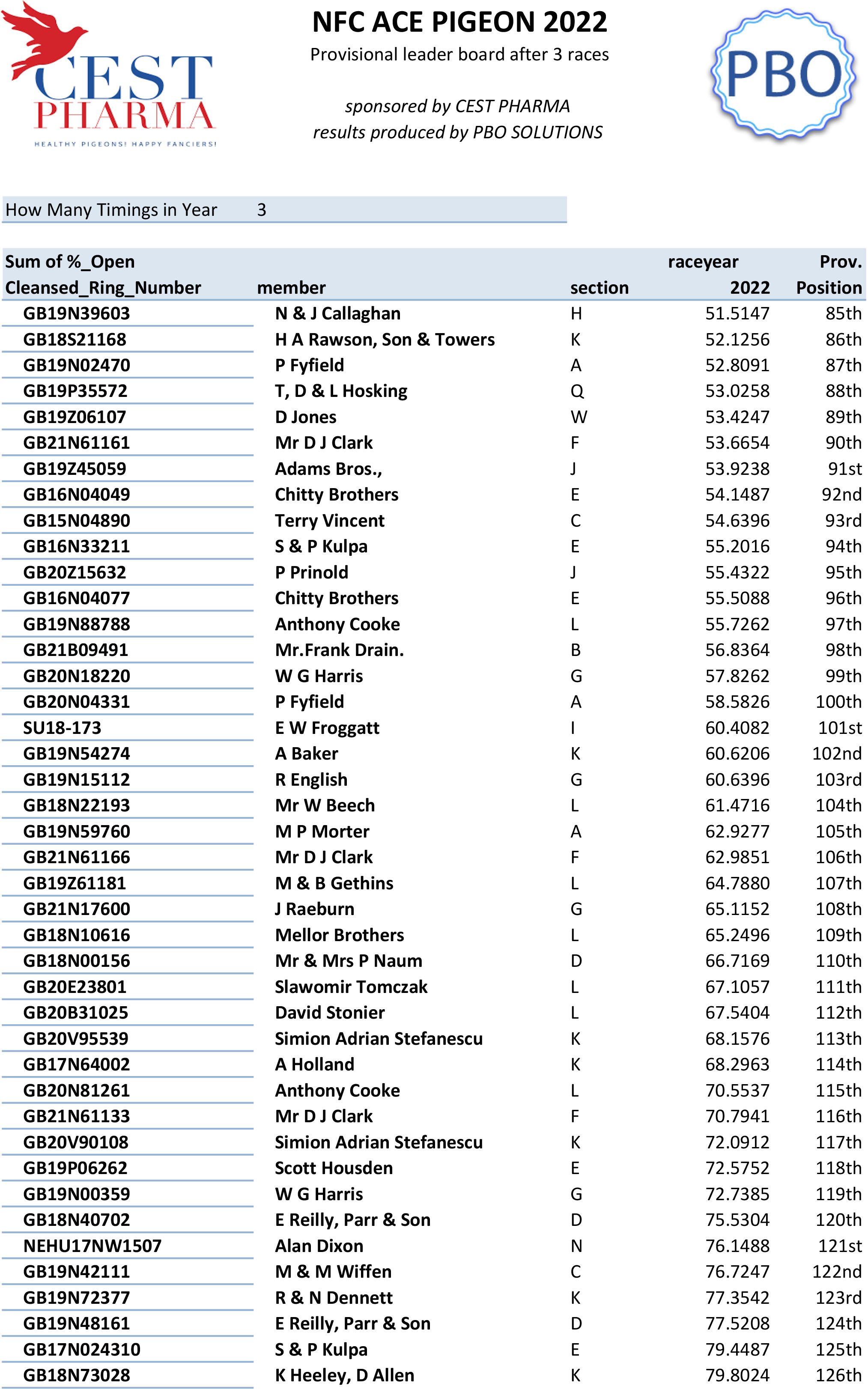 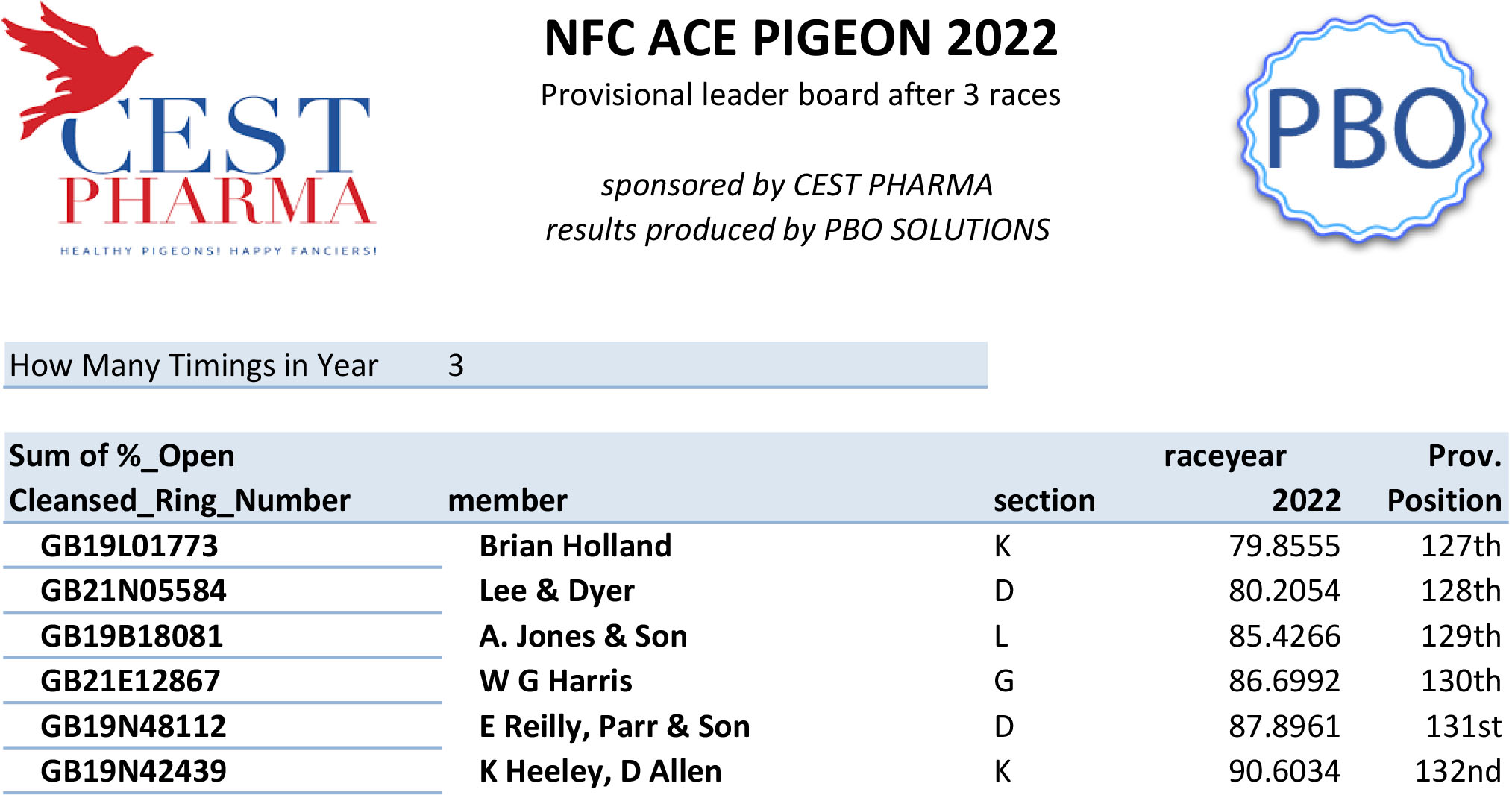