The second race of the season for the National Flying Club was held on the 19th June from Sennen Cove once again and was kindly sponsored by the House of Aarden Stud. The Convoyer Mr Dom McCoy, with the assistance of the Race Advisor Mr Steve White liberated at the 3477 birds which were entered by 318 members at 6am into beautiful sunshine and a light North wind. The team had consulted with NIPA who waited until the NFC birds had cleared the racepoint as they were planning to liberate a very large number of birds at nearby Bude, to race back to their home lofts in Northern Ireland. The weather continued to be bright and clear with showers forecast later in the afternoon along the south coast and very soon the leader board, along with the new interactive map, showed birds being timed in the south west which proceeded up the western side of the country and into Wales. There was a very long break before birds began showing on the eastern side which was mystifying with many thinking the website had not been working properly. It soon became clear that all liberations that morning were in trouble, with atmospherics causing batches of pigeons to become confused and struggling to find their line. Nearly every federation was reporting poor returns in a one-off situation which left many lofts with empty perches and this was followed by overnight rain which persisted into the next day.

These atmospheric anomalies are often caused by Solar Winds hitting the Earths magnetic field and the best way to describe it’s affects is to imagine a Jelly on a plate being wobbled which confuses our birds until it settles down. Overall, the NFC race did not fair too badly with most fanciers verifying their first arrival with the winning pigeon being timed to the loft of Daniel Hocking in Bridgwater, recording a velocity of 1414ypm or just over 48 mph and of his 8 entries, 2 are in the top 5 of the provisional result. 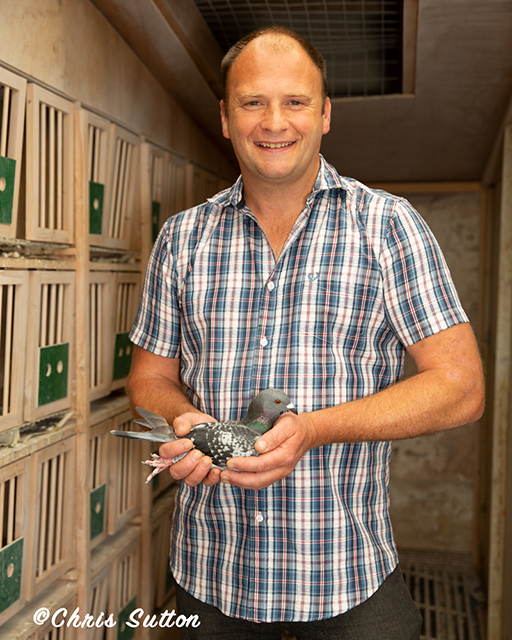 I called to arrange a loft visit the following day and as I was driving down to West Somerset from Leicester there was rain all the way, which persisted throughout the morningmeaningbirds that were out from the day before would be sittingout the storm in a safe place, before continuing on to their home lofts over the coming days.

That said Daniel was absolutelydelighted with his win from Sennen Cove as he has been trying very hard to win the NFC over the years, being second open on two occasions and winning the NFC Ace Pigeon Award. His little chequer hen now called “Westerly Queen” is bred for National racing with her sire being out of his hen which was 2nd Open from Messac in 2016, when she was paired to her own sire bred by his friend Derek Flowers out of his “Giessen Lines”. The dam of “Westerly Queen” was bred by Premier Stud and is a full sister to “Better Than Bolt”and a sister the same was bred was also 4th Open NFC Messac in 2018 with a full brother winning 1st Club from Chale against 697b. 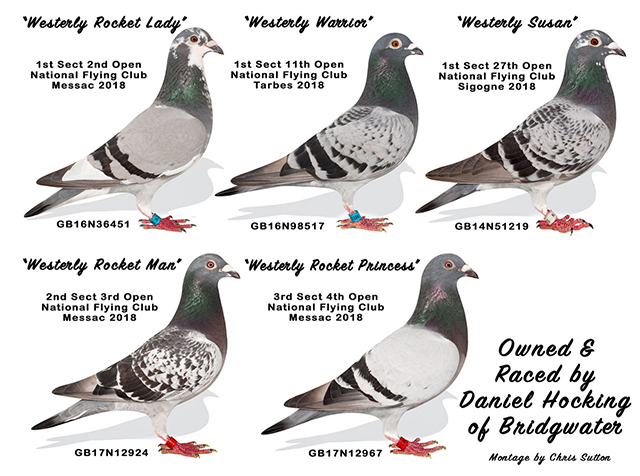 At the end of the 2020 season Daniel felt he needed to make a few changes to his loft, which resulted in his middle-distanceteam being housed in a section of their own, designed to make good use of the Jealousy System. 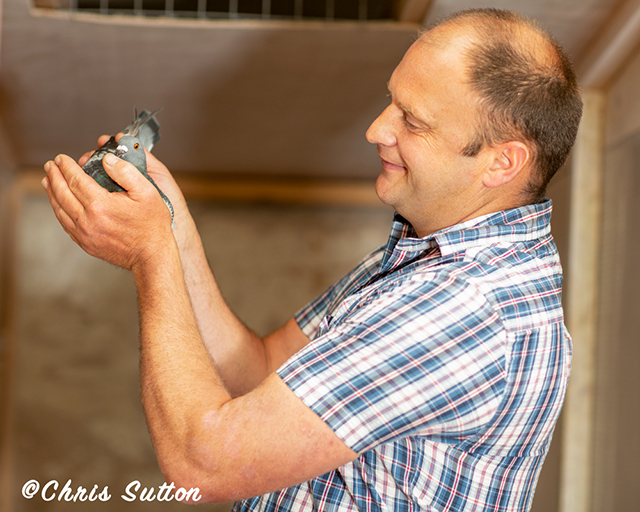 He found his readily took to the system with fourteen hens being paired to seven cocks over the preseason months and on basketing for Sennen Cove, he went to the loft undecided as to which hens would make up his team of eight entered for the race. When he let his hens through to the cocks in the nest box section, “Queen” was bouncing into multiple boxes and running around the corridor driving the cocks as much as they were driving her, so she chose herself as “good to go”. She obviously went with plenty on her mind, as did other hens in the team with his second pigeon being timed just six after the first to win 5th Open NFC on the provisional result. 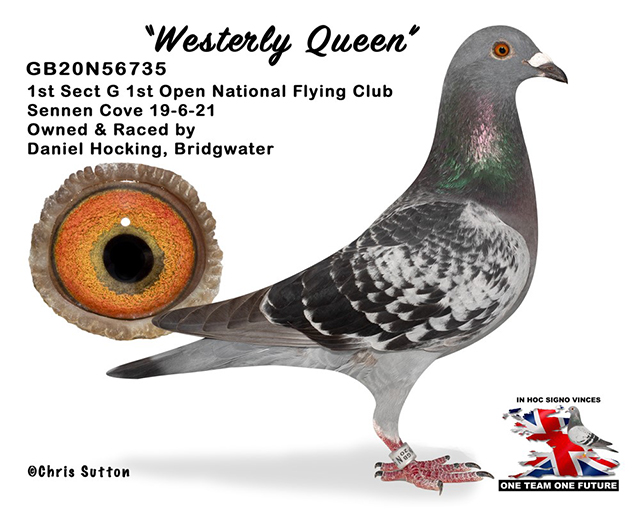 He had a little problem to sort out at the beginning of this season with his usual racing mixture being of poorer quality and dustier than before, so he changed to VerseleLaga Black Label with the birds showing much better condition soon after. For training they were prepared with the Devon, Cornwall and West Somerset Continental FC on the east to west route, which has grown into a great club over recent years and now has sixty members and a brand-new transporter which give the birds all the comforts and care needed to ensure good racing each week. 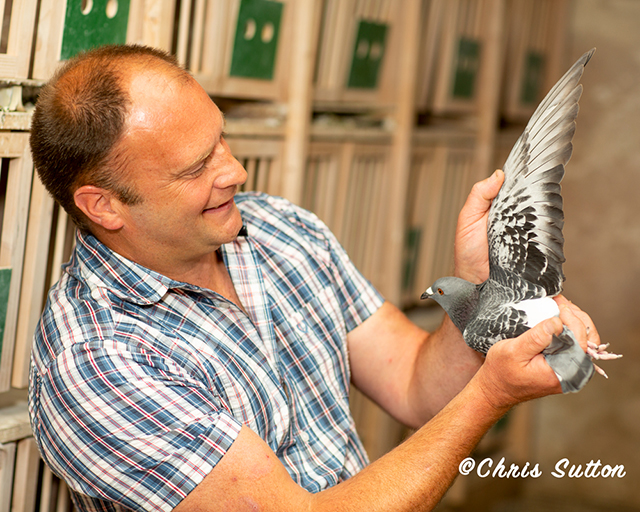 Daniel would like to thank all those who called to congratulate him over the weekend “it took a while for it to sink in” he said “winning the most prestigious and biggest club in the country has been my goal and now I want to do it again with a huge thank you to my partner Susan and son Jasper, without their support I would not have been able to achieve anything like I have” 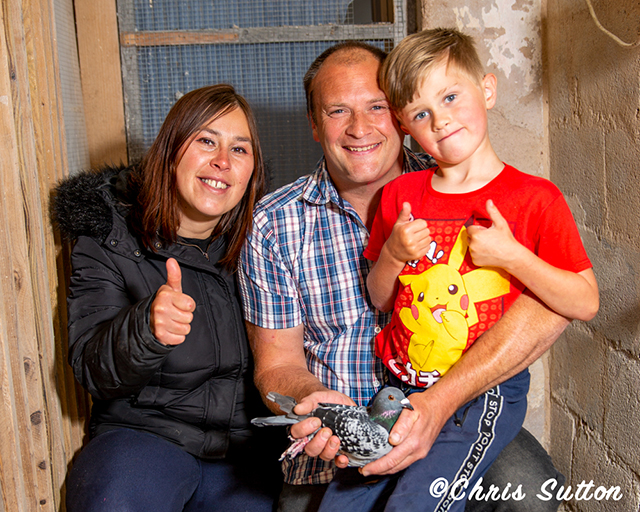 For Sennen Cove 1 I had a little problem getting the information from two sections to include in my report and I apologise to those who have been missed. I have eighteen sections to collate the information on the first five positions and many helpers throughout the country, who through their enthusiasm for National racing with the NFC, will make the calls necessary for their section. Breaking down the task augments the information flow greatly along with my contact details being freely available on the club website and at the end of each of my reports. Please feel free to send me your details, however large or small along with a photograph if possible and I will include them in my reports. It is your club; I am your Press Officer, but it is the biggest in the country and you need to help me to publicise your achievements. Also please use the email  to send it to. When I get Messenger, WhatsApp, Text messages etc as well as emails, it is far too difficult to keep track of the many messages I get and I always feel uncomfortable sending off a final report, as some may get missed. I need them all in one place to be sure.

First section F Sennen Cove 1 was Kieron Marcham with a threeyear old widowhood cock bred by Mr and Mrs D Beasley and L Oglesby out of stock they purchased from Brian Murray. The sire of this cock is of Jansen/ Koopmen lines and is grandson of Brian’s “Combine Cock” and the dam is a Jansen based hen bred from one of Brian’s best breeding cocks “Bold Bertie”both parents have bred multiple national and open winners. This partnership breedsKieron roughly 10 youngsters a year to test alongside my own team of birds and they only send out the best,so it is a privilege for him to be able to race them on their behalf. Kieron has previously won 7th Open National Flying club from Messac with a pigeon bred by them aswell, so he has his fingers crossed for a 1st Open win in years to come. Well done Kieron.