The fourth race of the season for the National Flying Club took place on the 2nd of July from St Philbert du Peuple in collaboration with the BICC, BBC and the CSCFC. With the huge amount of effort by the Royal Pigeon Racing Association CEO Ian Evans, Development Officer Richard Chambers, Chief Vet David Parsons and those Committee Members in all participating clubs who stepped up when it mattered the most, resulted in the birds clearing the French Customs without any issues and the convoy reached the race point in good time. South road National racing has been at a critical point over the past few months, and we would like to thank every member who has registered with a Vet, obtained their CPH number and signed the declaration to be able to compete with the National Flying Club, on the fairest racing route into the country. A very special mention of thanks should go to Ian Evans who has been the most tenacious in working through the many bureaucratic obstacles that we faced to get channel racing available to us all as soon as possible, and Mark Gilbert for his assistance with Ian and organising a small trail race to ensure that it ran smoothly once we were all signed up and ready to compete.

The complexity of the marking procedures required are time consuming, with deadlines which must be met for the transporters to be able to make the ferry crossing, and it is recognised that the one downside to the current situation is the reduction of the number of marking stations for all the organisations, which resulted in some of our members having to travel large distances, which is unfortunate. But as the situation unfolds over the next few months it is hoped that the learning curve will result in the streamlining of these procedures and hopefully more marking stations will be made available again. One of the main reasons for a joint liberation between the four organisations was for each to learn together and we can now look forward to the Grand National from Pau on Friday the 22nd of July with marking on Tuesday the 19th July at Sheffield, Congleton, Steventon and Southampton.

I would also encourage those members who have not yet applied for their CPH numbers, to do so as soon as possible because DEFRA have allocated extra resources to the registration process to reduce the backlog, and are now sending out the CPH numbers in just a few days, but this will be withdrawn at the end of this racing season, which will result in the registration process taking much longer, so my advice is to not leave it until the beginning of next season.

Around 335 members entered 4100b in the NFC race from St Philbert du Peuple with the 1st Open position being won by Gladwin Jarvis & Family, who own the Frans Zwols bloodlines at their stud Formula One Lofts in Leigh on Sea. They race in the Hullbridge RPC along with Mr & Mrs Buckfield who won NFC Guernsey on the 21st of May, so the club can boast two NFC winners this season alone and many other members have won first open Nationals in the past. It is a very competitive and friendly club, in which they all help to drive each other to improve and knowing the difficulties in getting their entries to the Southampton NFC marking from Essex, John Gladwin volunteered to take all the members pigeons, so it was an even greater celebration of camaraderie and recognition that was held on Saturday night. John and Theresa are thankful to everyone who has made channel racing possible again and recognise the many hours of hard work and determination to make it happen, plus the efforts of the volunteers at the marking stations, which they appreciate with a heart felt “thank you”. 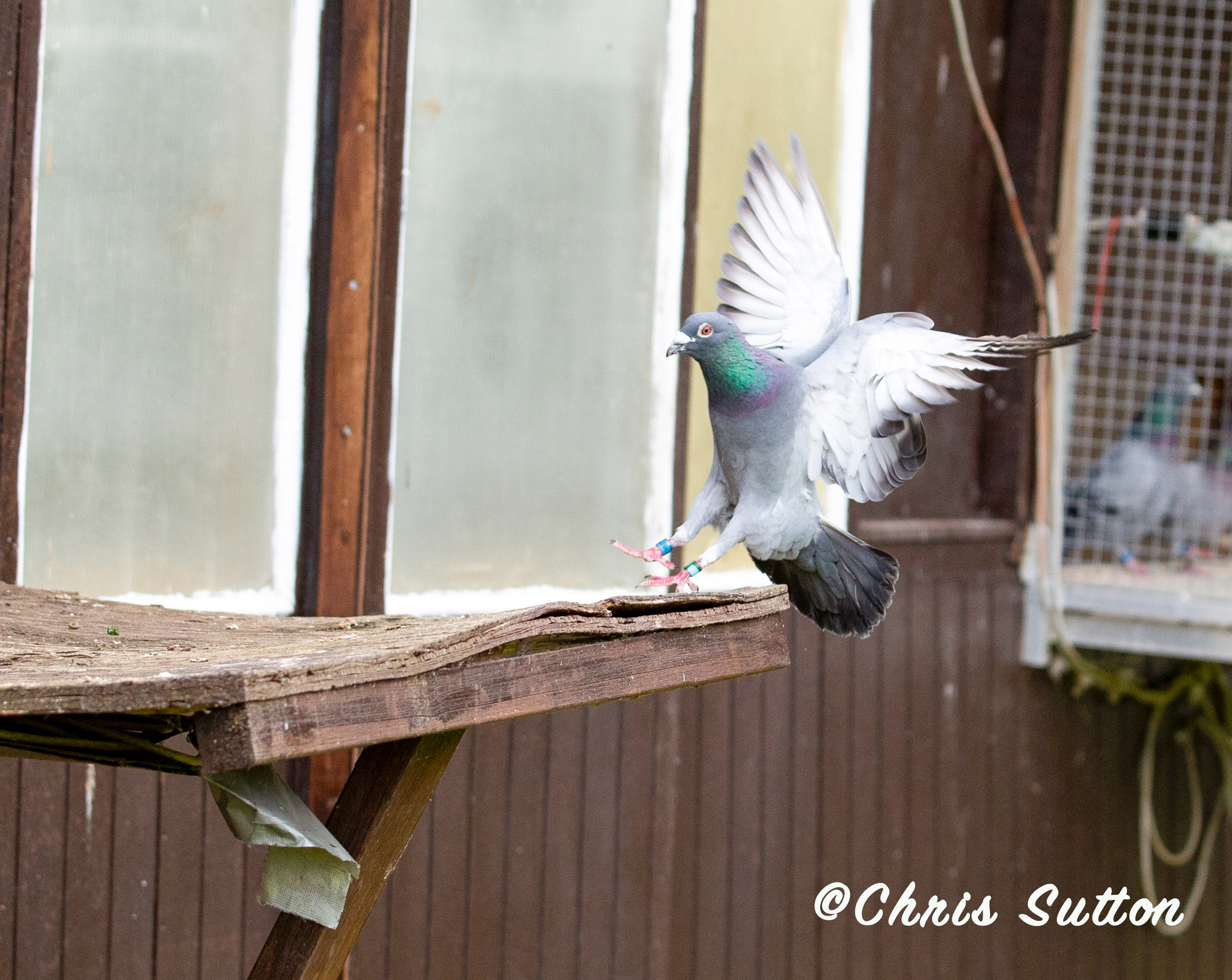 During the winter time, Anthony Beasant had posted a question on social media regarding the amount of fanciers who had done the “Grand Slam” as he called it and won the NFC, BICC and BBC. John realised that this was a very small number of lofts and even less had done the sweep of young birds, middle distance and 500+ mile nationals. So with them already having won the BICC twice, one middle distance, one long distance and the BBC young bird event, they made it their goal to win the NFC to complete the set and join a very small, elite group of fanciers. 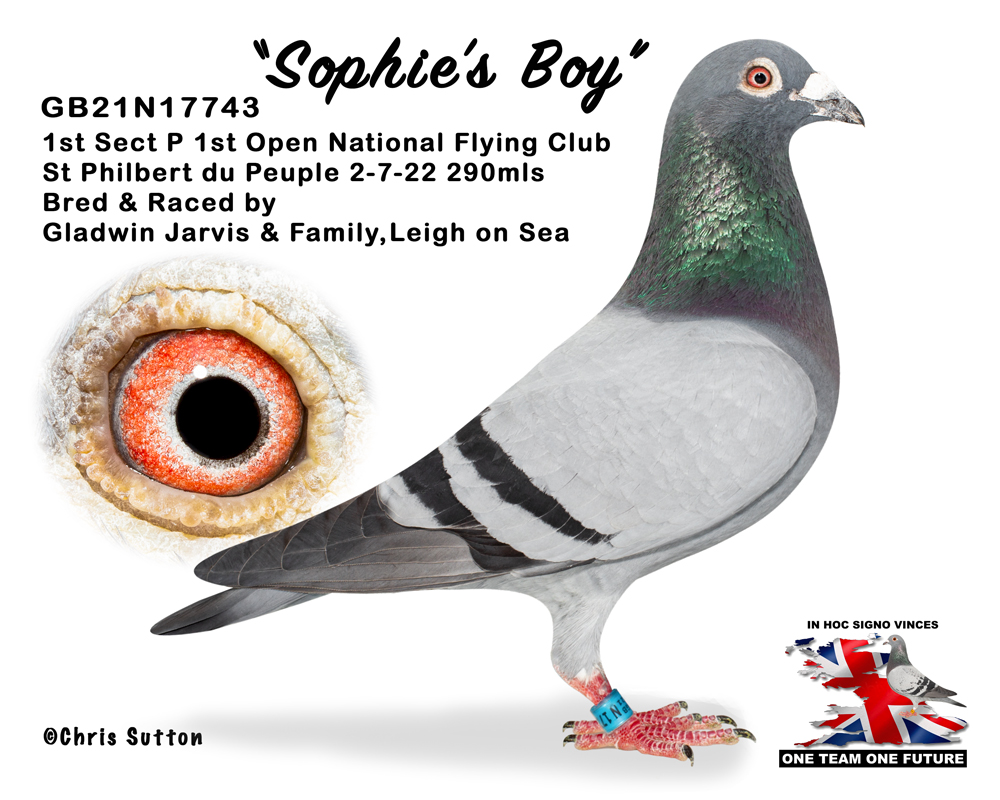 The winning pigeon, now named after their youngest daughter “Sophie’s Boy” is a Formula One bred Frans Zwols yearling cock raced on a roundabout/chaos system and like many from this line they to come into their own in races in which they must think and use their brains. He was bred from a pair which were especially bred to add to the stock loft in 2019 and as a young bird he went to Guernsey with the UBI Combine and was 5th on an occasion when the loft won manged to win 2nd, 4th & 5th Combine. During the inland races this season he has been a very unnoticeable pigeon, never late but always in the middle of the pack which is unsurprising as the breeding line excels from 200 miles and above. 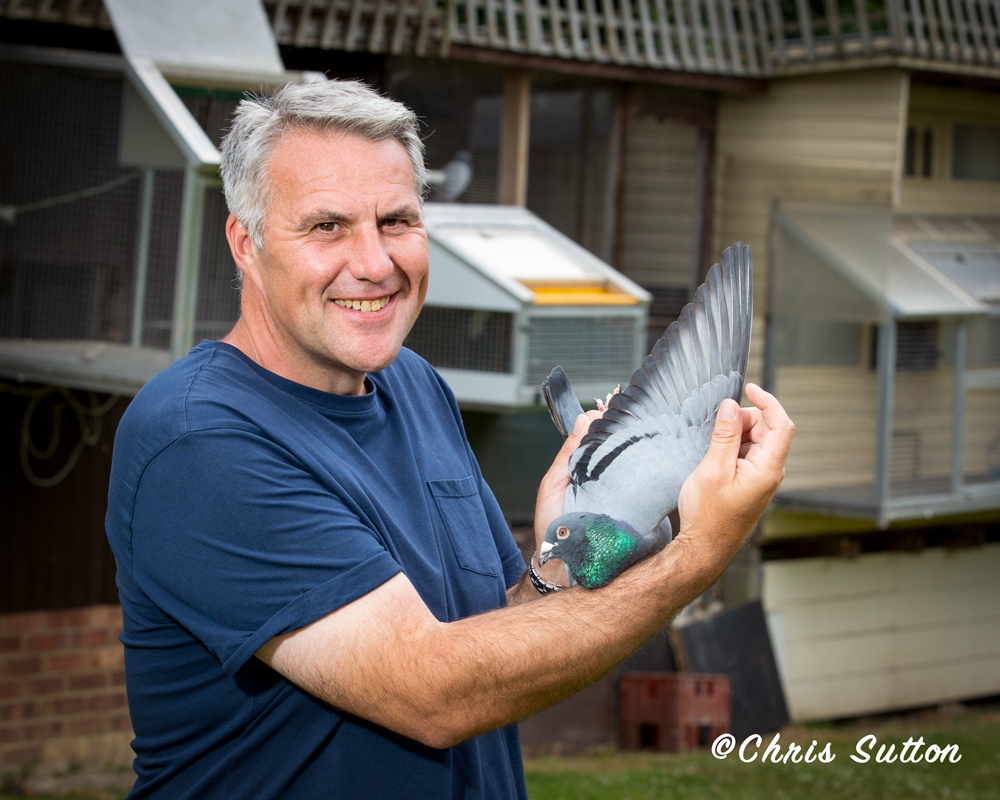 That is an incredible ten 1st Opens at Combine, Amal and National level which is including three 1st open NFC winners for 3 different lofts. In fact it was pointed out that the last three races from France with the NFC have all been won by Grandchildren of “D'Artagain” a truly outstanding pigeon. 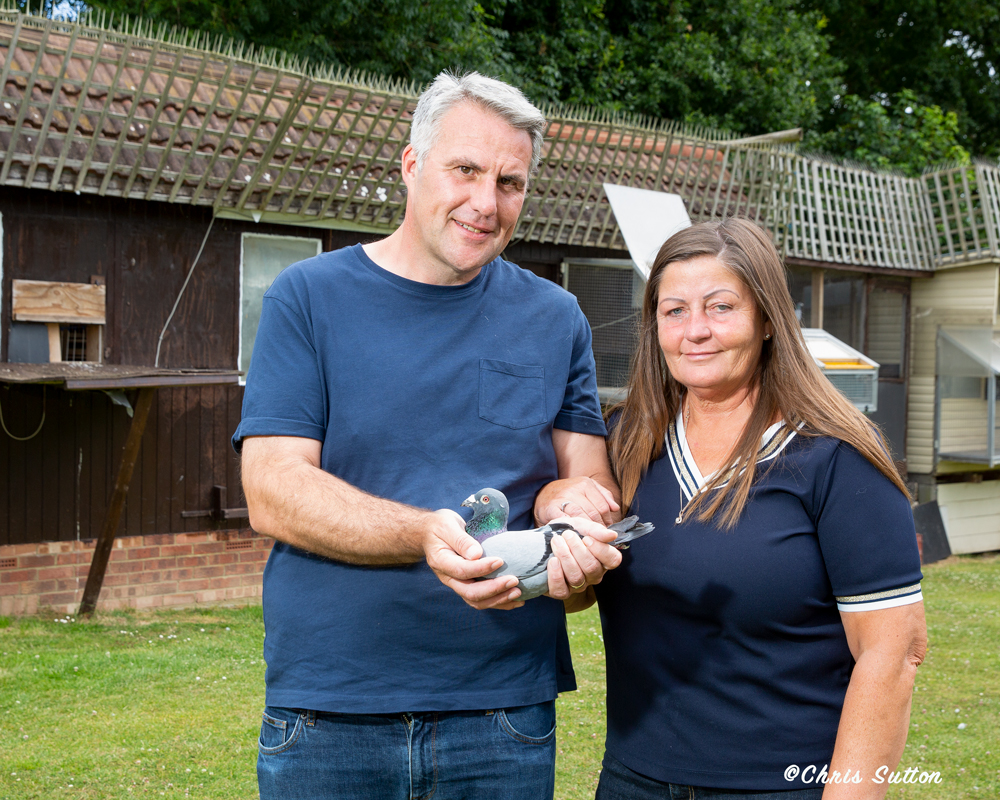 The dam is a full sister to “Tip Top Tora”  bred for stock after “Tip Top Tora” won 1st Open BICC National Agen from 531 miles, so it was decided to put her parents back together and breed a pair for stock. She is bred from “Frisian Boy Junior” which is also the sire of “Lazy Bones” 2nd open BICC Narbourne, “Number 17” 2nd open BBC National YB, “The Duffel Hen” etc when paired to “Tip Top Goldmine”, who is not only dam of “Tip Top Tora” but also “King of Coutances” which won 3rd Open BICC followed by 3rd Open NFC a week later. Another bred down from her is “Just the Start” which won 8th, 12th & 13th Open National and she is responsible for six other top 20 positions in Open Nationals, is granddam of 1st in the final of the British Masters One Loft race in 2021 and on the 11/9/21 alone, she was responsible for 2nd, 4th, and 5th Combine from Guernsey. 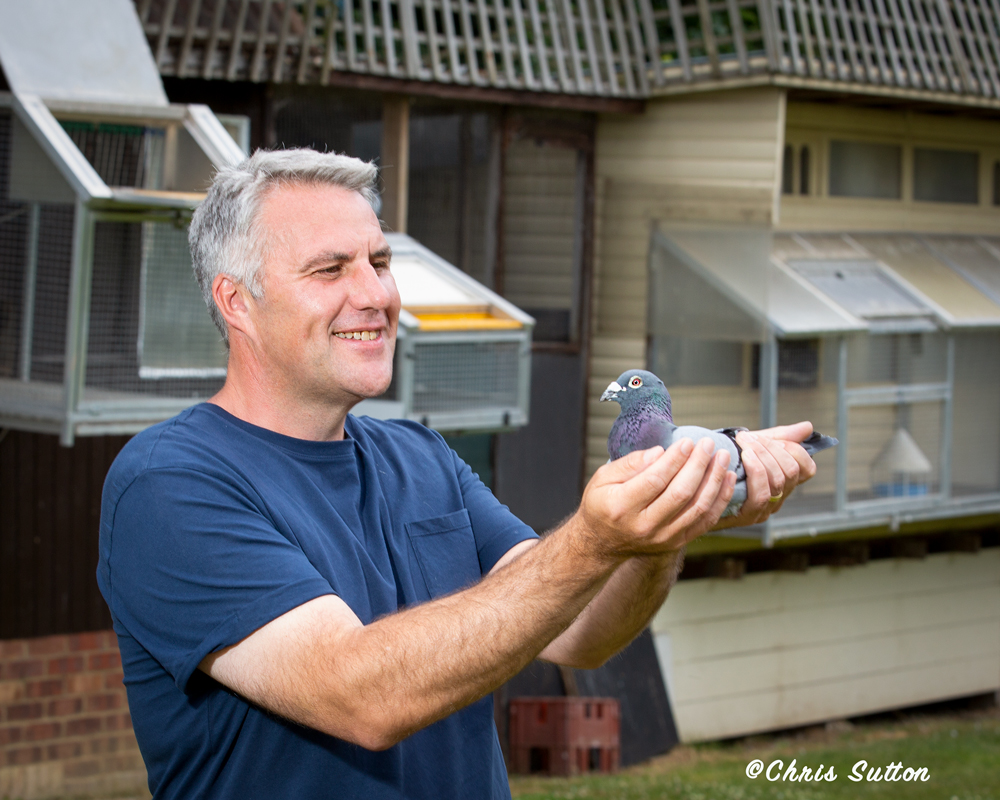 John Gladwin would like to congratulate all the other winners in the race and said that he was more than satisfied with the thrill of racing from France again, but winning the National Flying Club was the icing on the cake.