In these difficult times such as we are experiencing with the national Covid restrictions, DEFRA withholding the general licence on bird gatherings due to avian flu and the political fallout from our country leaving the European Union, it is indeed a perfect storm which requires a steady team at the helm to steer us all towards our beloved channel racing. The National Flying Club committee are a pragmatic collective of very experienced fanciers who have experienced many such trials in their racing careers, and they know that together we stand, divided we fall. The RPRA General Council headed by the Chief Executive have been working tirelessly towards solving these issues on our behalf and have been given the full support of the National Flying Club. Both organisations were conceived around the same time over 120 years ago by the founders, one of which was the Royal family who played a massive role. They recognised the importance of Pigeon Racing to all walks of life and the need for self-governance to enable the working man to compete on a level playing field against the whole of society, including HRH Queen Elizabeth.

We give our condolences to HRM the Queen for the loss of Prince Phillip, her husband of over 73 years and this past weekend many members of the National Flying Club rallied to the call of the RPRA to simultaneously release 10 pigeons in all our cathedral cities to commemorate the life of the Duke of Edinburgh, with each pigeon representing 10 years of his life. It was a moving tribute to him and a show of combined respect towards the Royal family for their continued support in our two premier National organisations, which has continued in Sandringham over four generations, long may it continue. This gesture also attracted the interest of the media with several opportunities to raise our voice to the general public in the newspapers, on radio shows, TV networks and this combined with the many letters sent to members of parliament requesting their support, to ensure we can race over the channel gives our leadership the greatest possible platform to succeed. 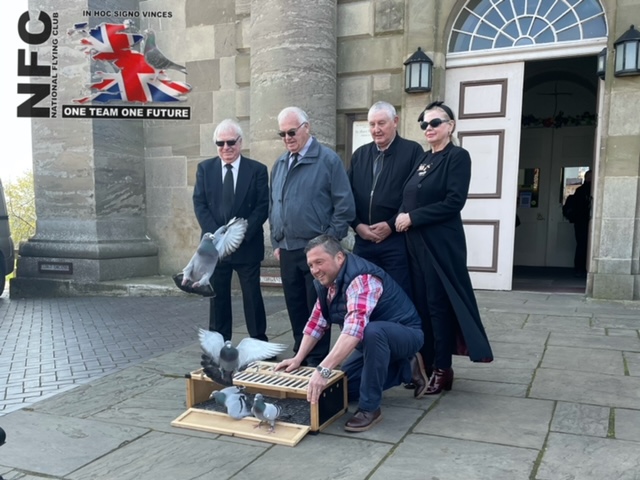 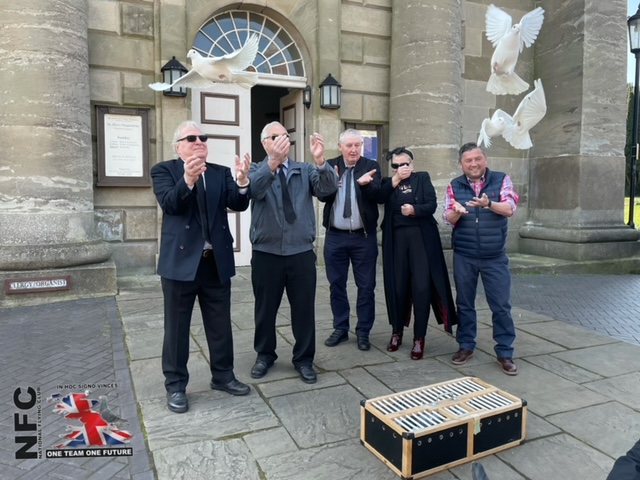 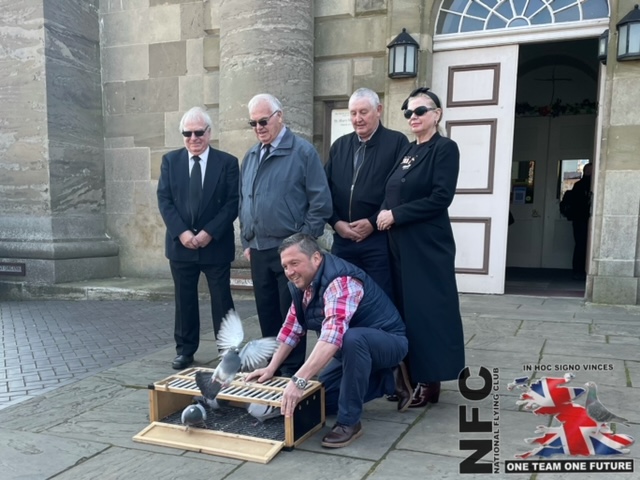 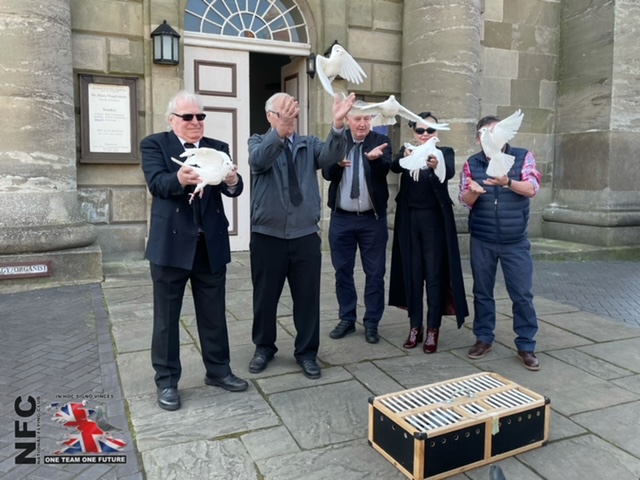 Cool heads are our best asset at this tumultuous time and a zoom meeting was recently held with representatives of all the major racing organisations and the RPRA Chief Executive to ensure all avenues are explored and he  outlined that all that can be done has and will continue to be done; we need to spearhead a singular response to these issues, because in this we must stand together or there will be no victory for any one of us and this is no time for exasperated reactions.

That said, this is a very fluid situation regarding racing and the NFC Management Committee have carefully considered the following race program with the assumption that the general licence to race in the UK from DEFRA with be forthcoming shortly. Due to the restrictions imposed at present, preventing us racing from France, the Management Committee have voted on a provisional race program. Please note General Rule 25: - “The club will have no races within the clubs stated boundaries except for emergency action being required.”  We hope matters improve and we are able to revert to our initial race programme sooner rather than later, or at the very least, Guernsey opens earlier than 1st July and If this becomes a reality, the race program will change. The management committee have voted on a provisional race programme which is: - 1st Race on the 5th June being the “The Duke of Edinburgh Commemorative Race from Sennen Cove. On the 19th of June the second race will be held from SennenCove and on the 3rd of July we should be able to race from Guernsey, we will go there again on the 17th July with the Grand National also from Guernsey on the 31st July. The young bird and old hens race will be held on the 4th of September with Guernsey being booked for that also. These dates have been booked, we have done as much as we can at this stage, and we do so with a hope it does not come to fruition but instead we can continue with our plans to race from all the usual racepoints in France.

All members will have now received their handbooks and it is noted that the NFC Chairman held on for as long as possible to ensure the race dates were firmly established before going to print, but this too has succumbed to the times and not gone to plan, so the marking stations and I/Cs will have to adjust their bookings, if it is so required at the venues.

Please bear in mind those who hold the responsibilities to ensure our racing can go ahead unhindered are doing their very best under very difficult circumstances. It is a depressing situation for us all to work hard during the winter months towards uncertainty and the posts on social media reflects the frustrations we all feel, let us continue to give our full support and respect to those who pick up the challenge on our behalf,because it can be a thankless task which is carried out in our best interests.

To conclude on a very positive note we welcome the newest member of ourCommittee AurelVolculescu in section J who has taken up the management of the NFC Facebook page with a fresh enthusiasm and uploaded many interesting articles as well as the most current news to compliment the NFC website. Members who are tech savvy are invited to join this Facebook page as it is often the fastest medium for updates. We also welcome the powerful data crunching by Paul O’Leary of PBO Soloutions who has spent many hours uploading past results to highlight the most consistent fanciers and pigeons which will no doubt become the benchmark for our members aspirations.