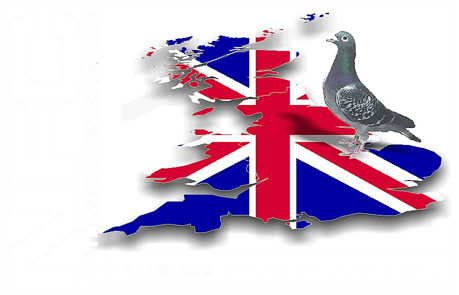 News and Reports from the Press Officers

The great news for the National Flying Club is that the club are now secure in transportation for the indefinite future. On Monday 14th May Brian Long held a meeting with JP Haulage to buy the trailers on behalf of the National Flying Club. The trailers have been purchased out of a fund set up by Brian & Cornelia with the best interests of the club at heart. The transporters now belong to the trust fund that Brian has set up for the club and nobody else. This means that instead of the high price that was to be paid the club are now in a position to pay the money back to the fund over 15yrs. This then means that there is always going to be money available for new transporters in years to com. The funds will never become available for general use by the club because they have been set up as a security measure, which means that the club will benefit. On behalf of all the members I would like to thank Brian and Cornelia for the work and assistance that they have done for the national flying Club. 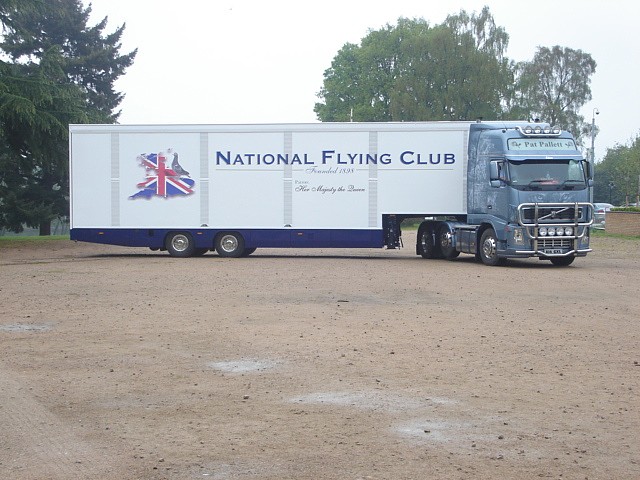 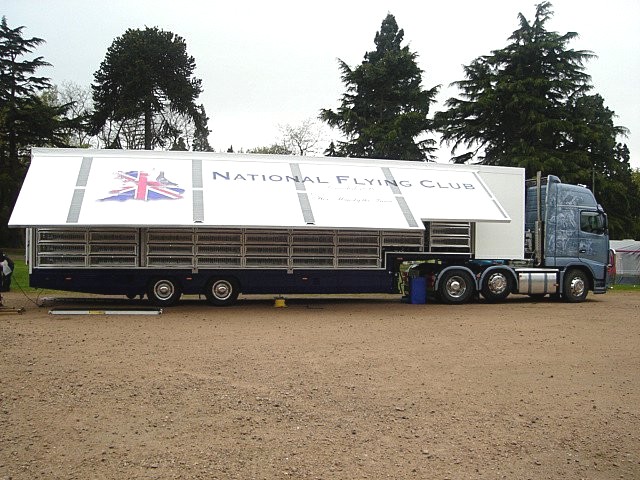 The latest committee for the National Flying club members was held in early May so that sufficient time was available to cover as many details as possible. First item on the agenda were the minutes of the previous meeting and these were passed as a true record. The way these minutes are considered has changed and this has saved the committee an awful lot of time - another case of reorganising the way things are done that has come good. In the matters arising concern was shown for members having their clocks set at local clubs. This will need to be confirmed with the NFC Secretary and members must collect the necessary paperwork from the marking stations when marking their birds. The committee do not see any problem with this as long as members stick to the system provided. Under the heading of correspondence a letter from Bricon was read out and they are offering ETS systems to all marking and clock stations. This was a very generous offer and was discussed at length. Also there was a similar offer from Unikon sent by text the morning of the meeting. The committee decided to go with Bricon and thank them for their very generous offer and point out that all systems have to be compatible. Finance Review. A copy of the finance review was given to committee members for their thorough study. The conclusion was that the National Flying Club could not run on a part-time Secretary. The work programme and the timing would not allow this and this could only be planned over a two-year period with many areas being re-planned. Bookkeeping will be split with the bookkeeper reporting direct to the Treasurer on a day-to-day basis. Race book keeping will stay with the secretary who has a very good well-organised system. The account system is to be reviewed and a more user-friendly system will be finalised shortly. This will provide very accurate management accounts for the Committee on a quarterly basis and this should help to keep the committee more informed on the finances of the club. The general costs were looked at during the previous review and all areas were targeted and major savings in advertising and general costs were saved. Major costs to the club are the marking stations. This is now a fixed cost of 30p per bird, which each marking station receive for marking which should reduce the cost of £14,000 paid last year. There is a change in where the committee meetings are to be held and the venue is to be at Alveley in future. This is a free of charge venue and all committee members will be responsible for their own refreshments so this is another big saving for the club. The annual presentation for the 2007 season is at Torquay with the following year (2008) being held in York. The changes in the way the meetings are held now means that they now take up less time for the committee and they were on their way home in good time.