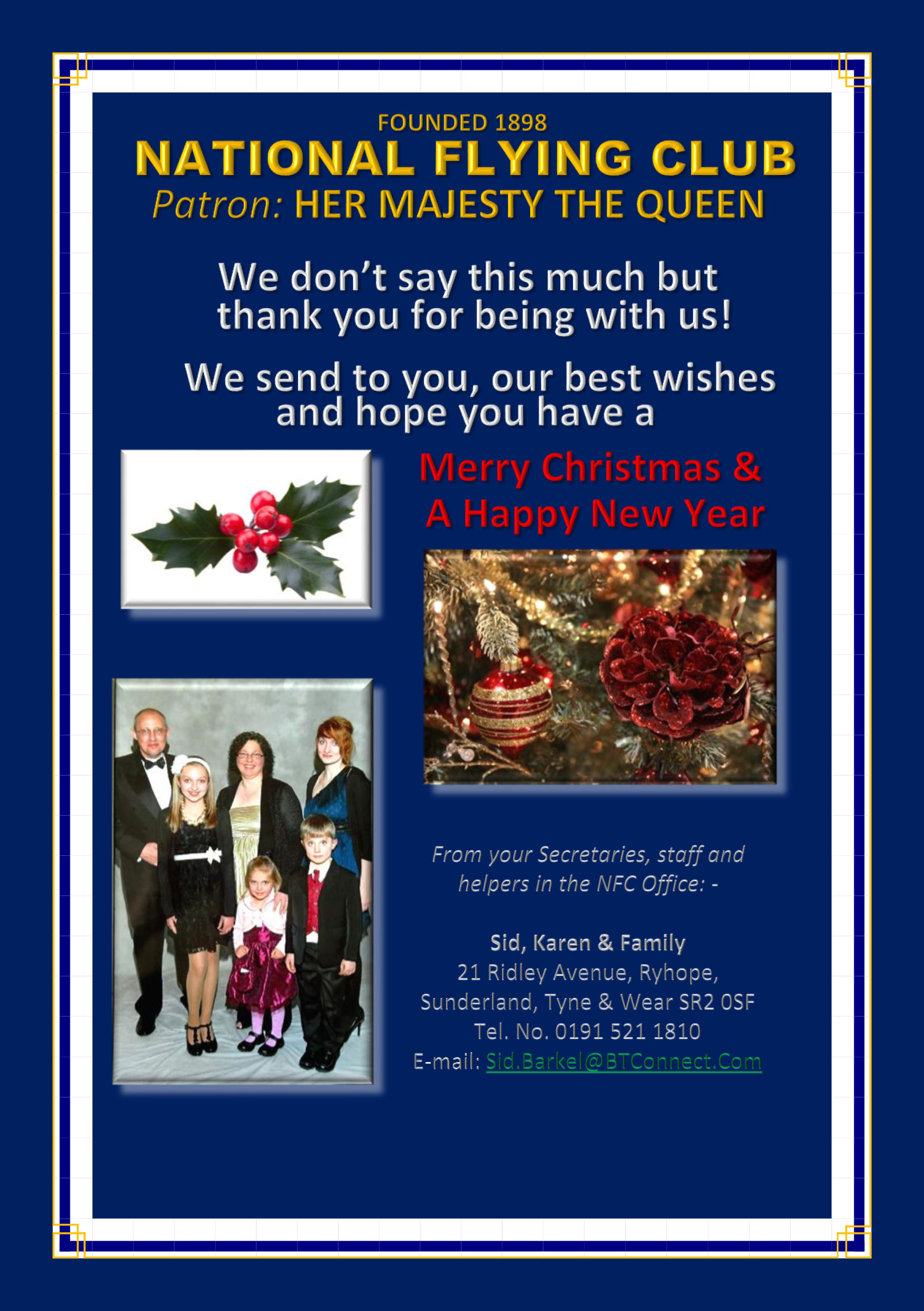 On Wednesday the 5th June, the National Flying Club Chairman conviened a Committee meeting to discuss the liberation of the Fougeres race held on the 25th of May.

Twenty-two attended with representatives from all sections in the National Flying Club and the Chairman announced just three apologies due to work commitments. It is important to note that this meeting was held in a constructive manner with a frank discussion as to what went wrong and how we could improve for the future.

It became clear that most were well aware of the difficulties in achieving a race in which all of the UK had perfect racing conditions throughout, but it was felt that there had been too much emphasis placed on the modern technology available to predict our fluent weather patterns. A break down in communication along the line of flight resulted in a liberation which was not ideal, and far from the high standard of racing that our members expected from the National Flying Club. Not wishing to dwell on the negative, suggestions were submitted from around the room, as to how we could incorporate all aspects of information available to us with a “back to basics” mentality.

The Chairman had three applications for the position of Race Adviser to the Chief Convoyer and each was discussed as to their individual merits. The Committee decided to accept and capitalize on the valuable experience held by Mr Tony Adams of Southampton, who has built an intimate knowledge of the channel over the years, with a strong network of contacts available to him. It was also agreed that Mr Roger Sutton from Section L would assist the team to gather information for the line of flight from the coast to the Northern most sections and report to the Chief Convoyer as another essential addition to the decision making process.

Furthermore, the meeting was informed of a recent initiative championed by the RPRA Chief Executive to collaborate directly with the Meteorological Office, who would provide all RPRA organisations with a weather forecast custom made for Pigeon Racing, which will be updated Wednesday, Friday and Saturday mornings. The National Flying Club Committee agreed to be the flagship club in alliance with the RPRA Chief Executive to move this great idea forward as soon as possible, with the hope that it can be used from the Ancencis race onward. Representative for Section K, William Curtis, will collaborate with the RPRA and the Met Office on our behalf. The enquiry ended on a very positive note with the Committee all agreeing that the final decision to liberate is to be taken by the Chief Convoyer, when he is confident to do so, with the compressive information gathered by the team to the best of their abilities. Chris Sutton, Press Officer